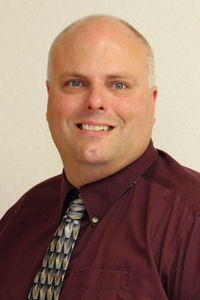 I was born in Maine while my father was stationed at Loring Air Force Base while serving in the U.S. Air Force as an officer.  My family moved back to Oregon when I was five weeks old and I grew up in Portland.  I’m a sixth generation Oregonian.  My mother’s family homesteaded in the northern Douglas County area and my father’s side was from Astoria, Oregon.  A little known fact is that my great-great-great-great-grandfather on my mother’s side was James Knox for whom Albany’s Knox Butte is named after.  I graduated from Benson Polytechnic High School, and then received a Bachelor of Science Degree in Law Enforcement from Western Oregon University. In 1997 I was hired as a police officer with the Albany Police Department where I was awarded two Medals of Valor.  I also taught at the Department of Public Safety Standards and Training Academy (the police academy) and at ITT Technical Institute in Portland, Oregon.

I have lived in the Albany Area for over 20 years and I have two wonderful children who attend middle school.  I am an Assistant Scout Master with my son’s Boy Scout Troop (I’m an Eagle Scout), I am on the Albany Area Chamber of Commerce’s Governmental Affairs Committee, a member of the Albany Area Chamber of Commerce’s Board of Directors, am member of the Greater Albany Rotary Club and I am on the Albany Downtown Association Board of Directors.  When I’m not working, or engaged in family activities, I love to spend time in the outdoors fishing, hunting, camping and exploring.